“It’s not reality unless it’s shared.” – Pete Blaber, The Mission, the Men, and Me

Information that just exists has almost no value. Only when information is analyzed and acted upon does it become meaningful and valuable. Information has built the world around us, and many of our most important advancements have been due to the sharing of information. In today’s hyper-connected world, where information is a valuable commodity, sharing the wrong information with the wrong people is disastrous, especially when that information is important for national security. Information sharing is inevetable, but ensuring the right security is behind it is where the focus should be. 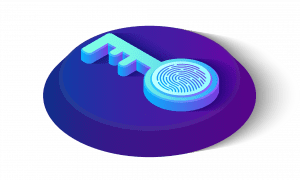 This is why, in six of the seven objectives of the 2019 National Intelligence Strategy, controlling the sharing of information is mentioned in one form or another. Sometimes the sharing is within the Intelligence Community (IC), but quite often it is sharing with external partners. In its simplest form, external partners fall into two categories: trusted and untrusted. Trusted partners include other agencies, institutions, or organizations within our borders or those of our allies. Untrusted partners would be those same groups but in countries who are not yet our allies, or not as close as other allies, plus individual sources and informants. To make matters even more complicated, sometimes our trusted partners are in untrusted environments or the partnership is only for a single mission. So, sharing information isn’t as easy or safe as it sounds, but it can be . . . with Fognigma.

“[C]ritical decision making data will be made available through modem cloud networking, access control, and cross domain solutions to those who require access.” – Department of Defense Cloud Strategy

When Agency A collaborates with Agency B, data needs to flow back and forth in a safe and secure manner. But (and this is a really big but), it has to be tightly controlled so as to share only the information intended. That is, it can’t be everything Agency A and B know, but just those bits of information applicable to the mission at hand. This is the exact reason we call Fognigma’s traceless and encrypted networks Mission Partner Networks (MPNs).

But first, a little background. Fognigma’s patented enterprise software creates networks using strategically leased virtual machines (VMs) spread out over one or more cloud service providers. These VMs work together, forming one network that is wrapped in FIPS 140-2 validated, cascading AES-256 encryption. MPNs are as persistent or temporary as needed, created manually or on a schedule for optimum cybersecurity and conservation of resources. 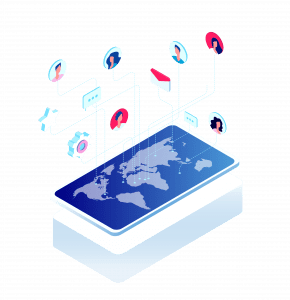 Now back to the MPN name, itself. When multiple agencies need to work together, they create an MPN and tailor it to their needs. Inside the MPN, they’ll have access to communication tools (such as traceless phones, secure chat messaging, and encrypted video conferencing) and protected file share.

The key here is that MPNs are brand new networks that are created when agencies need to work together. Resources and components inside the MPN can be shared between agencies and agents on a granularly controlled “as needed” basis. And then, when the mission has concluded, the MPNs are destroyed leaving no trace the networks (and, equally important, the collaboration between agencies) ever existed. This temporary nature of the MPN makes it supremely difficult to discover, which makes its protected data even more secure.

Often on missions agents must venture into untrusted or unsecured territories—places where communicating over the public infrastructure is almost synonymous with handing third parties access to your communications (i.e., interception is a given). When using Fognigma in these scenarios, agents use any device to connect to their agency’s MPN. Once connected and inside their MPN, any data shared is encrypted and invisible to outside eyes and ears.

Information sharing with untrusted assets, such as informants or other sources, is also safer using a variety of Fognigma tools. If such an informant wants to deliver documents and photos, for example, a special link is created that allows the informant to transfer the information without being able to access anything else on the network. It’s like inviting someone into a bare room with no windows where they can store things, but there isn’t anything for them to look at or take and the only door is the one through which they entered. Containerized, for your protection. 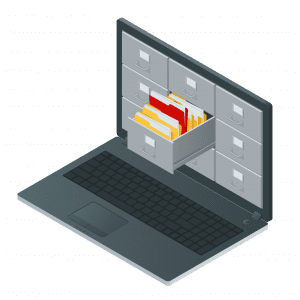 Fognigma’s telephony solutions provide two methods of safeguarding information over the phone: encrypted VoIP over cellular infrastructure and misattributed calling. Both methods assist communications to and from untrusted locations and assets. Organizations can create entire VoIP phone networks (complete with extensions and customized inbound and outbound numbers) for end-to-end protected calls. Misattributed calling is accomplished by creating a call chain where phone calls pass through two intermediary numbers which completely dissociates the end users and makes calls appear to be coming or going from local numbers, instead of to or from the agency itself.

“To improve cybersecurity in the United States through enhanced sharing of information about cybersecurity threats, and for other purposes.” – Senate Bill S.754

In a world where information is constantly flowing and each day brings new stories of massive data breaches, it’s more important than ever to protect data. When data is traveling between agencies or beyond our country’s borders, safeguarding it becomes crucial (often quite literally a “life or death” undertaking). Whether it’s being shared with the Five Eyes alliance (Australia, Britain, Canada, New Zealand, and the US) or any other countries we’re partnering with, international info sharing must be protected. And not just protected, but also dissociated, as global diplomacy is a precarious (at best) balancing act of working together and putting one’s own best interests first.

As illustrated in the previous sections, Fognigma is ready, willing, and able to assist international information sharing with leading-edge and patented technology, while insuring that information remains secure. Fognigma is also constantly evolving—adding more features and technologies to provide agencies the most secure communications and collaboration tools possible.

For more information on how Fognigma can assist your agency with info sharing and safeguarding, contact Dexter Edward today.