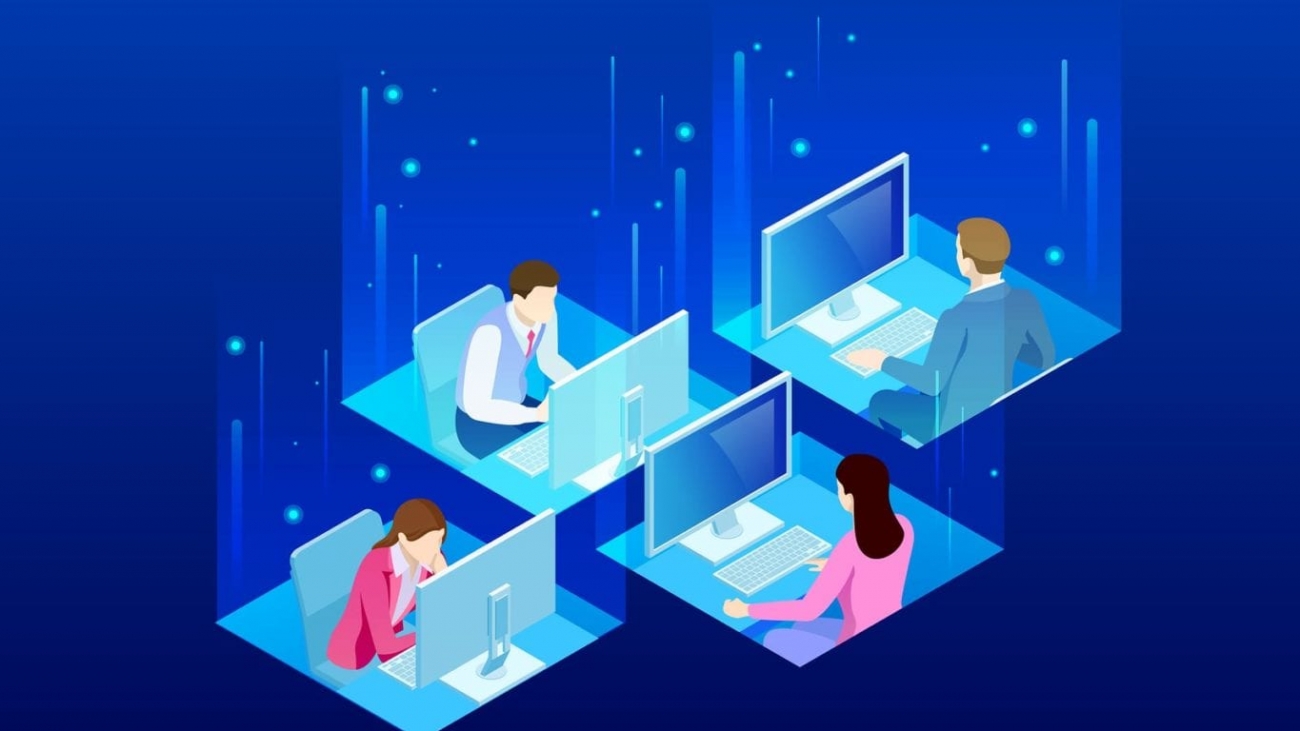 Playing on a Team

Working for an organization means working on a team – a group of people who, even if they are working in different sections on different projects, are all contributing to a common goal. But there are many times when a mission demands the team to not seem like a team for safety, secrecy, or other reasons. That is, the team must still work like a team but not seem to be connected to each other like a team. This is a very difficult thing to achieve – unless you’re using Fognigma! Network Dissociation or generally obscuring your identity can play a big part in thwarting people from obtaining your sensitive information.

With Fognigma, your organization has the power to create your own invisible, encrypted network. Fognigma networks are constructed from randomly leased virtual machines (VMs) which reside on cloud networks in five continents. These VMs are spread out over the world, however they function as one unified network. This patented process is unique to Fognigma, and what makes it the most powerful tool for secure communication and collaboration on the planet. And it’s inside this network where your telephony, file share, chat servers, etc., all live – protected and safe. The ever-changeable nature of Fognigma networks which prevents an Internet pattern-of-life from developing (i.e., the things you do every day online which can be used to identify you). You can still do these things, but they will be separated from your online identity – who and where you really are. This is called dissociation and it is very important to the success of many organizations and missions.

But First, An Example of Association

If you go into Store A wearing a lime green cowboy hat on Tuesday and wear it going into Store B on Thursday, an observer will definitely see a person wearing the same unique hat. It is then a pretty safe assumption that the person who was observed on Tuesday and the person who was observed on Thursday are, in fact, the same. Once this is deduced, more connections can be made. The observer could enter the stores after you and, due to their crafty nature, discover information about what you purchased. They can then draw connections between the products you bought. If you purchased eggs, flour, baking powder, and baking soda from Store A and sugar, butter, and milk from Store B, then it could be inferred you are going to bake a cake.

But let’s pretend the observer watches more. On Friday, they view a car pull up in the park and that lime green cowboy hat come out. Now they know the make and model of your car, what state it’s registered in, that you probably have two children (based on the stick figure sticker on your rear window), your license plate, and possibly your car’s VIN number (depending on their location and the zoom power of their binoculars). They also see another person exit your vehicle and observe that you are carrying a cake. (See? They were right!) The observer watches the other person blow out candles on the cake and then the two of you share a slice, sitting quite close together. As you feed each other bits of cake, the observer views similar rings on each of your left hands. Your watcher now concludes you and this other person are married – but more than that, they know what your spouse looks like and their birthdate (give or take a few days). The observer focuses on the cake and sees the worlds, “Happy Birthday, Taylor,” and now they know your spouse’s name. All this private and personal information about you and those around you, discoverable because of associating the movements of someone wearing a lime green cowboy hat.

Why Network Dissociation is Important

As you can see in the above example, associating things is how people learn about who you are, who you’re with, and what you’re doing. For organizations, businesses, and missions, having full control over what others know about you is essential. The above example also illustrates how one tiny association can be enough for a third party to learn an awful lot about you. Now imagine how much could go wrong if you were working on a top-secret development project or part of a hostage rescue mission and adversaries were able to put pieces together and figure out not only who you are, but also information about your team, organization, mission, etc. It could spell anything from a small financial loss to a major catastrophe with casualties. The best way to approach your business is to remain as separate and as dissociated as possible.

Fognigma has multiple ways to dissociates you from everything. Let’s assume your network admin has Fognigma scheduled to automatically burn down at the end of the day and rebuild the next morning. This is the first path in your journey of dissociation. Since each day your network will be made from different virtual machines in different data centers on different clouds in different parts of the world, the network you travel on is already dissociated from every previous incarnation of itself.

Since you have access to multiple exit points from your Fognigma network, you can pick a new one of those each day (or change during the day with just a click) to add even more dissociation. All your traffic will appear to emanate from the exit point. So, for instance, if you are working in Ohio, but going through an exit point in Hong Kong, it will appear to anyone watching your traffic that you are in Hong Kong. And with a simple drop-down menu change, you can instantly be in Spain, South Korea, India, the US, or anywhere else you have an exit point.

But it gets better – more disassociate-y. Your network admin has also created your Fognigma with a few dissociating joints, which your traffic passes through once you enter and before you exit to the rest of the Internet. dissociating joints do just what their name describes: they obfuscate who/where/what/why you are even more. Passing through each one shatters all your details; passing through all of them cranks your dissociation level to 11.

But it gets better. Your admin is also using Portal Proxies. This gives each user a unique URL from which to access your Fognigma network, so every single user looks like they are going to a different location. No one appears to be heading to the same place. Everyone appears to be separate. No one looks like they work for the same association (i.e., dis-association).

But it gets better. You click on your unique URL and access a Virtual Desktop (VDI) on your Fognigma network. You access this VDI as an anonymous entry point, and from this VDI you exit to the Internet and do your browsing. When you are done, the VDI is destroyed, leaving no forensic footprint. You have become so dissociated by now, you might not even know who you are any more.

As you can see, Fognigma is capable of many layers of network dissociation – from what is provided by the innate structure of a Fognigma network to adding on more and more layers. Sort of like peeling an onion, but instead of peeling the layers off, you are adding them on around you, forming shell after shell of Fognigma-created power, guaranteed nothing but tears for anyone attempting to figure you out. Fognigma makes sure (callback time) to hide your lime green cowboy hat in a white box in the middle of a snow drift in the dead of night: completely invisible.