Sure, we don’t all have jetpacks or flying cars as all the science and speculative fiction of old prophesied, but one thing they sure did get right is our reliance on computers. Computers and the Internet are so completely woven into the fabric of our lives that there’s no turning back. The future is here. Yay. The only problem is: with every new technology, there come those who exploit that technology for their own evil ends. And thus, cybersecurity was born to protect the good against the threats of the bad. A big issue with cybersecurity is the manual oversight with protecting your network, imagine being able to implement network automation to more easily protect, create, and break down secure networks.

But there’s a problem which has recently come to light. Though organizations might be able to fully control their investment of time and money into their cybersecurity, they cannot control the amount of people who are qualified to actually do all the cybersecurity-ing.

There will be an estimated 3.5 million unfilled cybersecurity positions by 2021  –Cybersecurity Ventures

Sadly, it’s true: because of the rise in cybercrime, the job pool of cybersecurity professionals just can’t keep up with the demand. Security executives see one of the main reasons for this empty-ish candidate pool is prospective employees lacking the skills and training needed (less than 1 in 4 are qualified, according to a survey by ISACA).

The Information Systems Security Association (ISSA) and independent industry analyst firm Enterprise Strategy Group (ESG) back this up in their own survey. Their findings show this shortage actively impacts an organization’s cybersecurity, leading 91% of respondents to conclude most organizations are cyber-vulnerable. Also highlighted in this survey is that 40% believe staff burnout and turnover (as few attempt to do the work of many) strongly contributes to the deficit of cybersecurity employees. 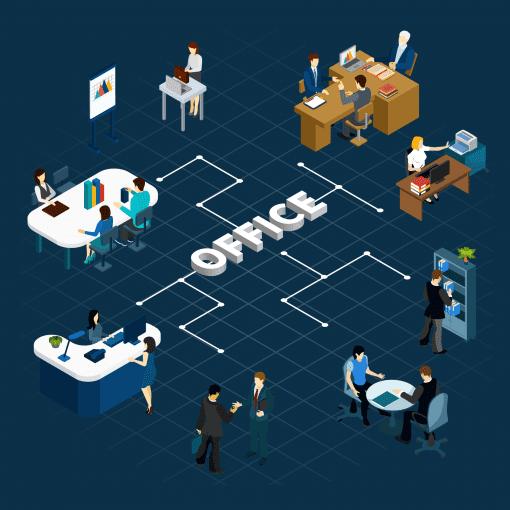 The US Government has noticed the shortage, as well, and is trying a new program to help train current employees not currently in IT fields to be the cybersecurity workforce of the future. It’s called the Federal Cybersecurity Reskilling Academy and though it’s not considered to be a complete solution, Suzette Kent (Federal CIO) has stated, “[this program] will let us understand the success rate and look to expand and industrialize [programs] across the federal government.” It’s a small step (the first class will most likely be less than thirty), but a step nonetheless in the right direction of increasing cybersecurity training.

In short, organizations need more qualified cybersecurity personnel than currently exist. However, all is not lost. If organizations were able to implement network automation to handle a majority of the usual manual work necessary, cybersecurity would become more of an everyday thing then something dreaded or caused by human error.

Let’s start out by saying we don’t think Fognigma is a panacea for the lack of cybersecurity staff, but it is a powerful tool in allowing organizations to better manage their resources. Fognigma (explained in more depth here) lets organizations create invisible and encrypted cloud-based networks which conceal the organization’s communications and collaboration. Fognigma’s networks are built of strategically leased virtual machines (from various cloud providers) all working as one network. Fognigma is patented, proven, and ready to take any organization’s cybersecurity to the edge and beyond.

But there is one key feature of Fognigma which provides this oasis in the cybersecurity desert in which we all find ourselves, and that is the Scheduler interface. Scheduler lets you plan out and schedule your network and component builds. Quite simply, our thought was, ‘If no one is in the house, why do the lights need to be on?’

Actually, that’s not right. With Fognigma, it’s not that the lights aren’t on – it’s that the house isn’t even there and looks like it never was. Or, for example, if your network stays active but you only want your entry and exit points (i.e., where users get into and out of your network) active during business hours, then it’s like the doors on your house disappear at night and reappear somewhere else in the morning. Or, for another example (because examples are fun), you need a video conference server for just Thursday, then it’s as if an entire new room appears in your house with a home theater – but just for that one day.

What Scheduler does is allow you to control when (and where, since you can specify cloud service providers and location for some of the components) your network (in whole or in parts) actually exists. Since all the parts are specialized virtual machines, once they are destroyed, they are overwritten by the cloud provider. They truly cease to be. When you rebuild them with Scheduler, they are completely new with new IP addresses. Back to the house example, this would be like your house disappearing when you go to work and then reappearing in a different configuration in a different neighborhood when you return home, and only you know your new address each day.

Apart from the cybersecurity brownie points the dynamic nature of Fognigma gives you, there is an even more applicable bonus when applied to resources. In most organizations using a standard network, someone needs to be on call 24/7 in case something happens. Since it’s always on, that network is always visible and can be attacked at any time. Even during working hours, if a chat server, for instance, is used for team meetings every Friday, it still exists as a potential exploit for evildoers all the other days of the week. Someone has to monitor everything at all times.

Fognigma allows your cybersecurity team to do more with less. Are we saying you only need a tiny team to protect your organization if you use Fognigma? Not at all. We’re just trying to illustrate how Fognigma will let your team work more efficiently. Plus, if you think about it, there’s a major cost savings in not having everything on when it’s not needed. With an introduction of network automation to your cybersecurity strategy, it becomes less of an extra task and more of something you can depend on.

Back to the ISACA survey: 55% reported that it took at least 3 months to fill open cybersecurity positions, while 32% said it was more like 6 months or more. Whether you are in those percentages and searching to fill your cybersecurity needs or you already have your team in place and just want the most leading-edge protection possible, Fognigma is the twinkling oasis in the cybersecurity desert for which you’ve been searching.