In the 2018 Department of Defense Cyber Strategy, the DoD outlined a change in cyber defense tactics. One of the new strategies is called ‘Defend Forward’  (which we explored in a previous blog post). In short, Defend Forward charges organizations to shore up their cyber defenses and not sit around waiting for someone to attack and test them – to continue to move forward, all while fully defended. Definitely a shift in cyber defense strategy, as offensive cyber operations are on the rise

But the Department of Defense didn’t stop there. They also stated they “will employ offensive cyber capabilities and innovative concepts that allow for the use of cyberspace operations across the full spectrum of conflict.” Yes, the DoD is actually mentioning the need of offensive cyber operations. The new future involves not only arming one’s organization with mobile cyber armor, but also searching out and destroying threats before they can become threats. Fognigma’s patented software solutions are ready to support this new cyber defense strategy. Read on to learn more!

We must start by saying that Fognigma is not an offensive tool. It does, however, provide a patented and proven way for you to hide your operations from spying eyes. Fognigma gives you the power to create encrypted, cloaked Mission Partner Networks (MPNs), allowing total protection and anonymity of communications. An MPN is built from strategically leased virtual machines from one or more cloud providers, which work together as one powerful network. 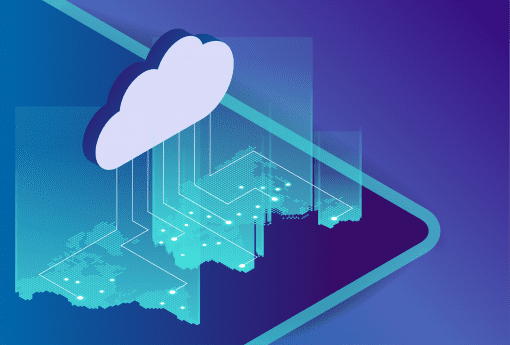 This invisibility of network and communications is paramount for organizations who conduct offensive cyber operations. Too often, offensive ops are compromised by parts being easily discovered and/or associated. A good example (and warning for the future) involves all the new info that’s been revealed about the big 2009-2013 CIA breach. Simple Google searches by third parties revealed sites that had similar aspects to them, leading to the correct assumption that they were, in fact, operated by the same group. This was later used for interception and exfiltration of sensitive information about offensive ops.

As previously stated, Fognigma is built from various virtual machines (VMs). These VMs only know of their immediate neighbors, so the network can’t be compromised should one VM be breached (which is statistically impossible given the nature of Fognigma’s encryption technologies). Also, organizations have the option to use Fognigma’s Portal Proxy technology (also patented) which allows them to create anonymous and disposable URLs for different Fognigma components. With Portal Proxies, organizations can give users their own URLs, so even if multiple people are accessing the same component, from the outside, it will look like they are going in different directions. This disassociates the users from the organization and from each other. And the more disassociation an organization can create during offensive operations, the less chance of activity correlation which could lead to a compromise like the aforementioned CIA operations.

In order to properly engage in offensive cyber operations, organizations need global access. This is another area where Fognigma shines. Because of Fognigma’s structural nature, all the parts of the network and internal communication components can be built in different areas of the world. If you needed a file share residing in India, you could have just that (built in a few mouse clicks). All users granted access to that file share could access it when they connect to your MPN from wherever they are in the world. 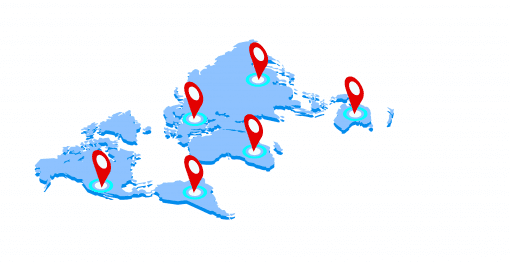 Fognigma also gives you global reach in an intelligent manner. Meaning, it normally doesn’t behoove an organization involved in operations in one part of the world to appear to be coming from another part of the world. Fognigma solves this by the properties of an MPN’s exit points. Without going into too much technical detail here, users leave an MPN by going through admin-created exit points. Once a user goes through an exit point to the Internet, their IP matches the country in which the exit point is located. This is invaluable when not wanting users to appear to be foreign to the part of the world in which they are conducting operations.

But, Fognigma isn’t just an invisible network. Inside your MPN is a suite of communication and collaboration components which allow your operations to stay in constant contact. As soon as your device connects to your MPN, you’ll have access to: traceless telephony (with a misattributable call chain feature for safely communicating with untrusted external parties), protected video conferencing, and secure chat messaging. A file share is also hidden within your MPN for the safe storage and transfer of files.

And then there’s Fognigma’s superpowered Virtual Desktops (VDI). Fognigma’s VDIs have all the features of normal VDIs plus many more that only Fognigma can deliver. For instance, you can now transfer files from a USB directly to your VDI, completely bypassing the host computer. If there is a file on the host computer you wish to transfer, you can copy it to your VDI as easily as dragging and dropping it. Fognigma VDIs can be used as a super anonymous and temporary way to access other MPN. For example, you could initialize a VDI, connect to a video conference inside your MPN (assured that the audio is also safe, as Fognigma ensures all audio is proxied to ensure no IP leak), communicate with your team, and then destroy the VDI when done. When any part of an MPN is destroyed, the components are wiped clean and completely overwritten by the cloud providers, eliminating all digital forensics. It’s as if none of it ever really happened.

Fognigma is the Base Offensive Operations Need

A secure cybersecurity base for offensive operations needs to be a multi-tool, a transformer, and a cloaking device which can fit in your pocket. It needs to make the world think you are doing one thing, when you are actually doing something else. It needs to separate the connected and connect the separated. And, most of all, it needs to do all of this without anyone realizing it’s doing anything at all. That list is a good summary of reasons why Fognigma was created. We wanted to give organizations that toolbox, that utility belt, that base on which to build their operational success. And more than that, Fognigma was developed (and continues to be developed) to give the US Government and its military forces the advantage on the world stage. Fognigma puts the power of cybersecurity in the hands of those who will use our technology to make the world a safer place for all of us.